Bourque Industries Body Armor is the most sophisticated high-tech body armor system developed in 30 years. It is lightweight Protection for the real world, including Multiple-Impact stoppage of deadly APM2 and Level IV “X-Round” munitions, with no spall or ricochet.

“No Spall.  No Fragments. No Ricochet. No Problem.” – John M. Bourque

The Bourque X-Terminator plate can sustain additional AK47 rounds so you can stay engaged.  Kryron Terminator Body Armor is proven NIJ-certified.  For decades personal body armor protection tested and held to the U.S. National Institute of Justice (NIJ) ballistic and stab documents are examples of broadly accepted standards.  While NIJ standards are used for law enforcement armors,  the U.S. and NATO military armor designs are tested using a standard set of test methods under U.S. ARMY MIL-STD-662F and STANAG 2920 Ed2. This approach defines the test process under the 662F/2920 standard. Each armor program can select a unique series of projectiles and velocities as required. The U.S. DoD and UK MoD armor programs of record procure armor using these test standards.

At the  NIJ Level III hard armor ( prior to Kryron level III was defined as 6 rounds of  7.62 x.51  aka .308  caliber ball ammo fired at the plate traveling at ~ 2,750 fps[feet-per-second] ) and NIJ Level IV  hard armor ( prior to Kryron level IV was defined as  1 round of  .30-06 caliber Armor-Piercing and/or .30 caliber M2 AP, traveling at ~ 2,850 fps)  before the armor is defeated was considered the toughest for personnel wearing ballistic protection. The problems associated with advancing these standards were all about material strength versus ease of manufacturing and durability for longevity versus material weight.  All situations were addressed by Bourque Industries in their new revolutionary body armor.

It has been long accepted that “X factor ammunition”-  described as :

During this past decade, “X factor ammunition” has become more prevalent in the world’s battle spaces, and CAN in many Instances, defeat current issue armor systems.

Bourque Industries Kryron offers the highest protection for hard or soft Body armor and armor for any tactical vehicle aircraft or vessel to defend against these X factor threats.

Kryron’s ballistic capability stems from its unique characteristic of dissipating extreme amounts of heat in a very short period of time using a small amount of material. When placed in a properly constructed ballistic system, Kryronized aluminum significantly increases the ballistic protection capability of traditional armor materials such as RHA steel, polyethylene, and aramid. Kryron does this by removing much of the heat from the projectile almost instantaneously, significantly reducing the ballistic threat. The weakened projectile is then caught in a polyethylene or aramid backing.

The Kryron based systems are able to deliver reliable multi-impact protection against significant threats at a fraction of the weight of traditional armor solutions.

All Bourque Tactical armor commences with Level III In-conjunction (ICW) Terminator Armor. Designed for everyday operational use, the Level III-ICW armor system combines a lightweight Kryron Terminator hard armor plate with a Level IIIA Kevlar vest, providing reliable, multi-impact protection against 7.62×51 NATO or 7.62×54 Russian at close range with minimal backface deformation and without ricochet or spall.  All this in a durable package that, unlike standard-issue ceramic, which is stamped “Handle with Care”, the Kryron system cannot be compromised by rough handling.

When the situation calls for extra protection, we’ve designed the Level III Stand-Alone armor system, which is ideal for frontal assaults and close-quarter engagements.  The Level III Stand-Alone can sustain literally dozens of impacts from large caliber rifles at point-blank range with no penetration, and without ricochet or spall.

The Bourque Level III Stand Alone Terminator Armor is only bettered by the Bourque Industries APM2 Multi-Impact Capacity Level IV “X-Round” Lightweight Armor Plate.  The “ X round factor “ refers to an abundance of new armor-piercing small arms ammunition prevalent since the mid-2000s.  CHICOM ammunition, which finds its way into the former COMBLOC, produced small arms prevalent in all conflicts throughout the world.

The Bourque Industries APM2 Multi-Impact Capacity Level IV “X-Round” Lightweight Armor Plate, defeats all such pistol and rifle ammunition in excess of the .30 caliber range that is available in mass production from most ammunition providers worldwide.

Conceived in Imagination. Engineered with purpose.

We provide industry-changing benefits to the vast Heat Sink market.

With its revolutionary particle applications in electrical and thermal conductivity, the global future of flight and space will soon soar to heights unknown.

We expanded our proprietary armor processes to provide unmatched ballistics protection for the Vehicle Armor Industry.

Major U.S. power outages have risen sharply over the last decade. We are here to help solve that.

Kryronized aluminum is a carbon nanotube metal matrix composite (CNT-MMC). Kryronized materials are superior to other CNT-MMC variants because Bourque Industries has solved two key problems commonly associated with CNT-MMC's, homogenous distribution of carbon nanotubes within the metallic substrate and cost-effective performance on an industrial scale. The infusion of carbon nanotubes into our proprietary metal alloy allows us to create materials with exceptional ballistic capability and low weight.

How Carbon Nanos are Changing the World

The World of Heat Sinks 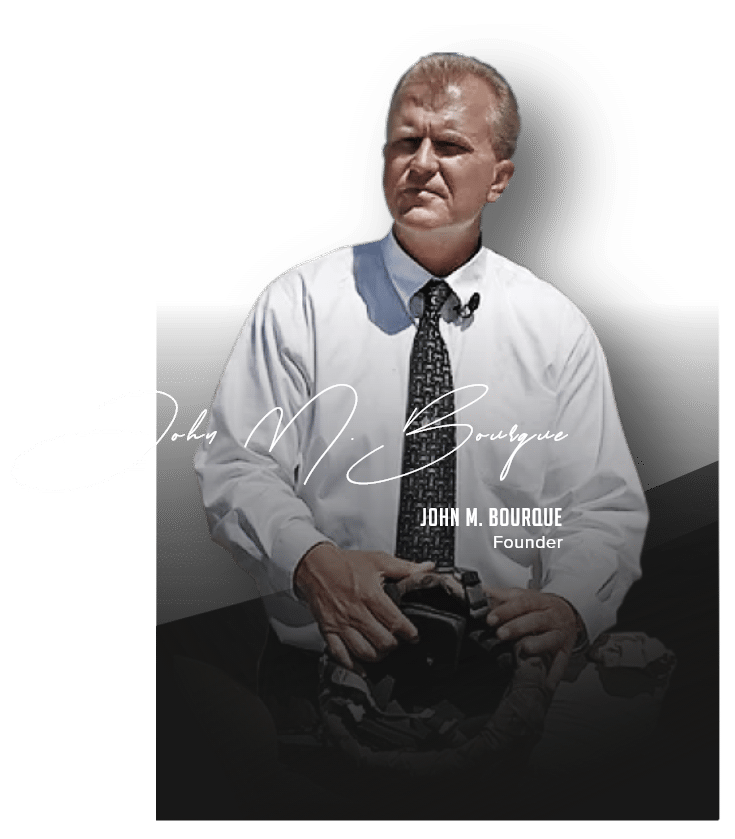 We tested Bourque armor against a detonated IED, with an explosive velocity of 5 miles per second. Zero Penetration. This is the darndest thing I've ever seen.

This armor will save lives, no doubt. It will keep everyone in the fight.

Get a Free Quote